Could Virtual Pet Owners Be Subject to Legal Liability in the Metaverse?

During this year’s Super Bowl, Meta debuted its Quest 2 in an ad that looked like an insane episode off Netflix’s original series Black Mirror. In the ad, an animatronic dog is transported into Meta’s virtual reality, where he meets up with his old animatronic band members and performs in a virtual reality – bringing us to the latest venture of introducing pets into the metaverse.

Of the many facets Web3 and the metaverse brings to consumers right now, pet adoption is one conversation that continues to make its way through the community.

For many individuals in the real world who may not have the feasibility to own an actual pet, the metaverse allows them to experience a somewhat detached form of what pet ownership is like, without the real-world responsibilities of having to care for one.

Ultimately, it’s not completely unthinkable to ponder the possibility of legally adopting and/or owning a pet in the virtual world.

Currently, the industry hosts four main pet platforms for the metaverse – MetaPets, MetaGochi, Axie Infinity, and CryptoKitties, one of the industry’s earliest projects.

What is the Metaverse?

Right now, the easiest way to conceptualize the metaverse is similar to how the Internet first came into conversation in the 1960s – where most conversations are speaking to an unfinished construct of what we envision this new age to look like.

Having been first coined in Neal Stephenson’s 1992 novel, Snow Crash, the metaverse isn’t a new concept. As it’s defined in the novel, the “metaverse” is a virtual universe controlled and owned by a global information monopoly that users can access via virtual reality (VR) goggles.

In 2022, the metaverse will serve as a new revolution and era as we move deeper into Web3, providing us with an interactive, virtual world for us to collaborate, work, and play in.

Regulating Pet Conduct in the Metaverse

However, with new technology, comes a great need for regulation and risk management.

Unfortunately, we have already seen certain players attempt to exploit the metaverse for their own self-serving needs which could present harm to other individuals in it – presenting a new legal challenge of understanding the legal limits of conduct and who can police them and how.

Back in December, the issue of “virtual groping” first arose after a beta tester for Meta’s VR social media platform, Horizon Worlds, revealed that her avatar was groped by a stranger, constituting sexual harassment.

Another instance of this occurred also after Jordan Belamire, a gamer, penned an open letter to Medium describing being groped on Quivr – a game where players are equipped with bow and arrows and shoot zombies. 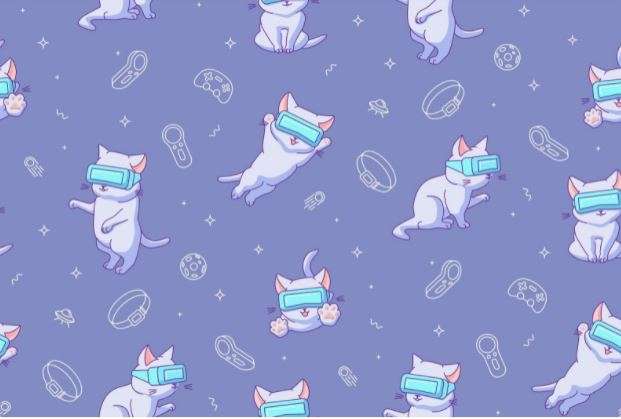 Shifting focus to incidents surrounding pets, another question arises on whether a virtual pet owner could be (or should be) held responsible for the conduct he/she/they as an owner exhibit in the metaverse?

Or, better, could or should that owner be responsible for the conduct of their pet in the metaverse – such as a bite, a trespass, and/or any unwarranted activity or incident?

Dogs reportedly bite more than 13,000 people every day, with over 4.7 million dog bites per year, according to the Centers for Disease Control and Prevention and Humane Society of the United States.

Under traditional law, dog bite cases typically fall under personal injury and tort law – depending upon the types of damages a claimant is seeking.

Traditionally speaking, the injured victim of a dog bite has the right to request and claim compensation from the dog owner, if the dog involved is characterized as a “pet.”

While laws speaking to dog bite injury cases vary from state to state, can these same principles under tort law also apply in the metaverse?

A question that remains unanswered as of now.

Thankfully, the metaverse now has one of the first personal injury practices which would speak to issues such as dog bites, slip and falls, trespass, and other nuisances.

“Many lawyers and law firms may be tempted to label it a gimmick and pay little attention to it,” Grungo said.

“But those same lawyers and law firms likely looked at social media the same way in the late 2000s before it revolutionized the way clients interact with lawyers and law firms. We believe the metaverse has the same game-changing potential and are putting our virtual flag in the ground today for that very reason.”

Andrew Rossow is a licensed attorney, law professor, journalist, and anti-bullying activist. He often speaks on and writes on the cross-section of law and technology, with an emphasis on Web3, NFTs, blockchain, and cryptocurrency.

NFT Adoption in Africa: What is the Current Reality?