In Tech’s Bust, Not All Stock Funds Have Fallen Equally—or at All

by webbey
in Forex News
0

Fidelity Investments’ co-sector leader for technology, has spent most of the past few months overseeing some of the very few technology mutual funds still in the green since last fall. His returns were never huge—

(FDCPX) was up just 1.4% from Oct. 31 through January—and have withered since Russia invaded Ukraine last month. Still, with the benchmark

ETF (QQQ), which tracks the Nasdaq-100 Index, falling 16% year to date, a handful of tech funds have looked like the best-painted houses in a rough neighborhood.

So, why are Mr. Khan’s best funds close to steady when other tech funds have lost half their value or even more?

“Our results reflect the split between technology subsectors, but it’s more than the subsectors,’’ says Mr. Khan. “In many of them, the performance is concentrated in a few names.”

Tech’s bust, it seems, is not treating all companies, sectors or funds alike. Instead, there are clear lines in who is losing the most, who is losing a little, and who may even be squeaking out a profit, says

a strategist at Chicago fund-research firm

For tech-fund returns in recent months, the single most important driver of returns was the style of the fund, Mr. Greengold says. “Those exposed to aggressive growth have lost double digits—some of them close to 30% or 40%. Those that are more balanced have been much more resilient.”

The range of performance is large. Of 153 technology funds that Morningstar tracks, the best saw its price rise only 2% between Nov. 1 and Feb. 28, according to Morningstar data. That was

ETF (DAPP), lost nearly half of its value in three months, with its top holdings dominated by cryptocurrency plays. Only three technology funds had positive returns for the period in question. 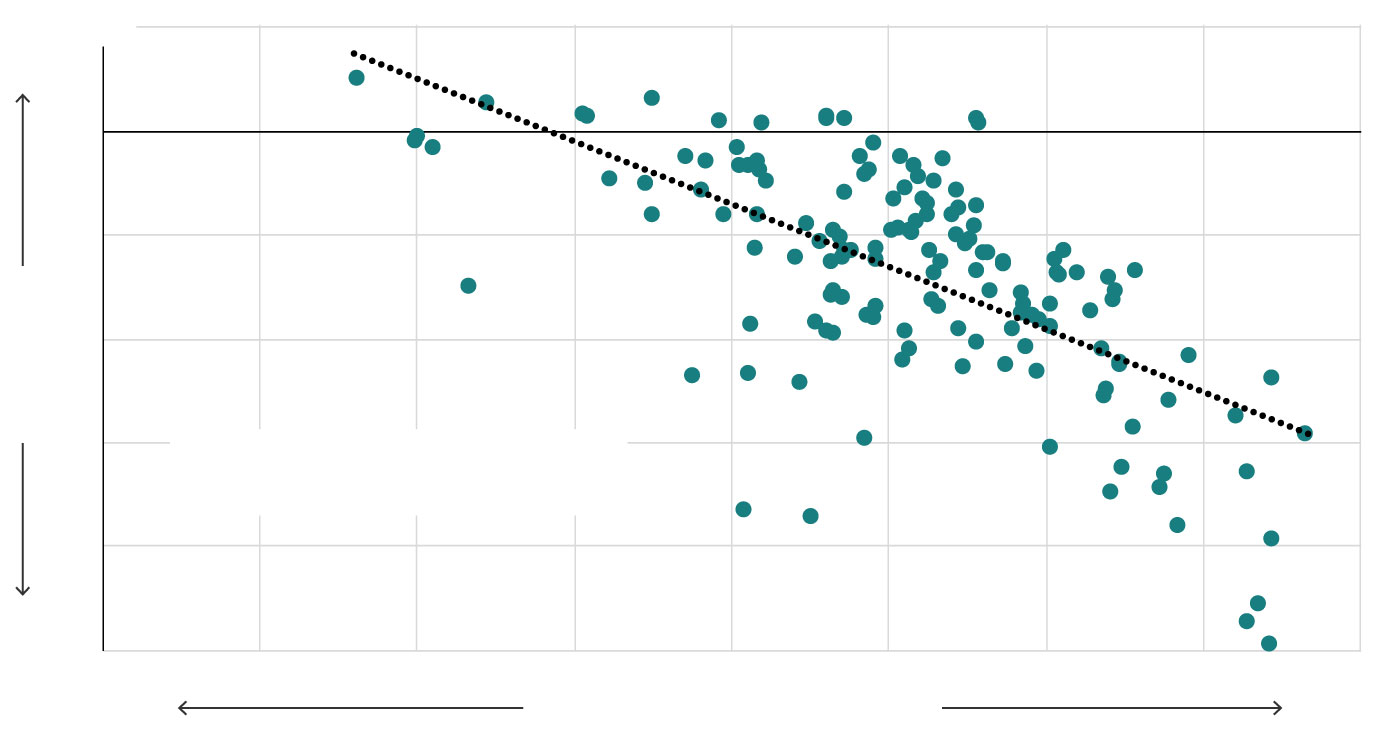 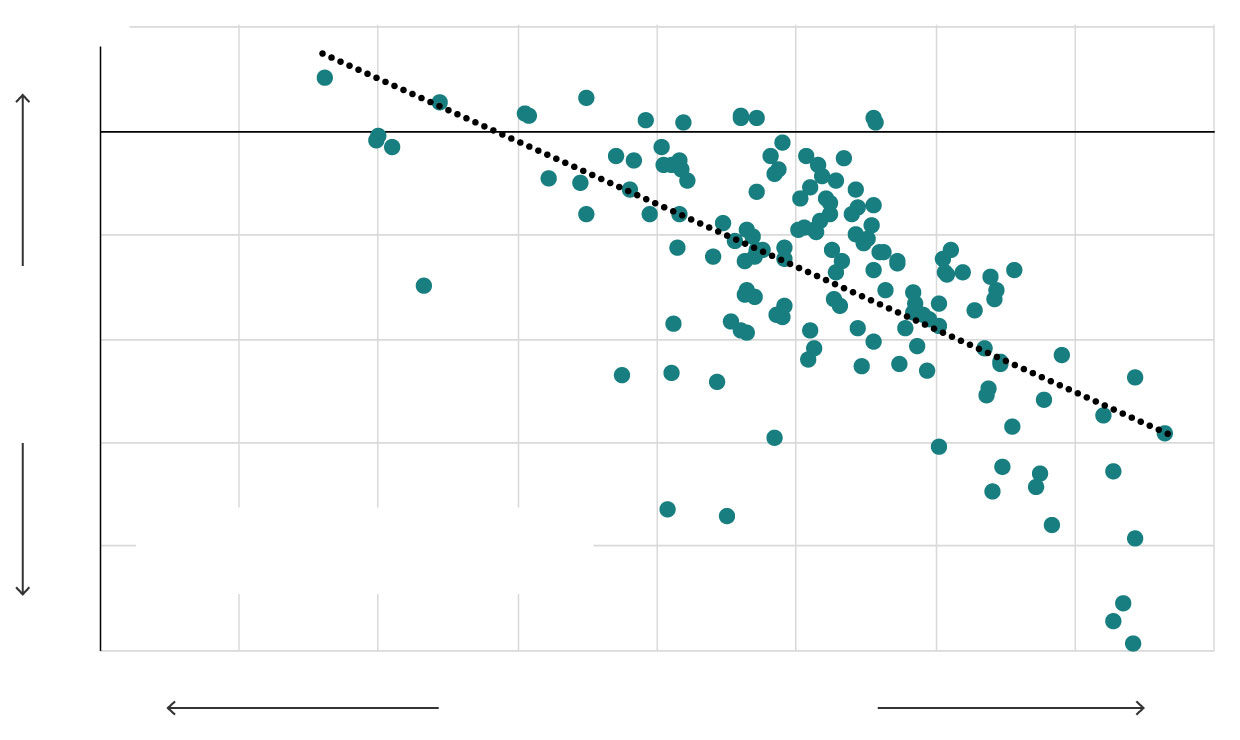 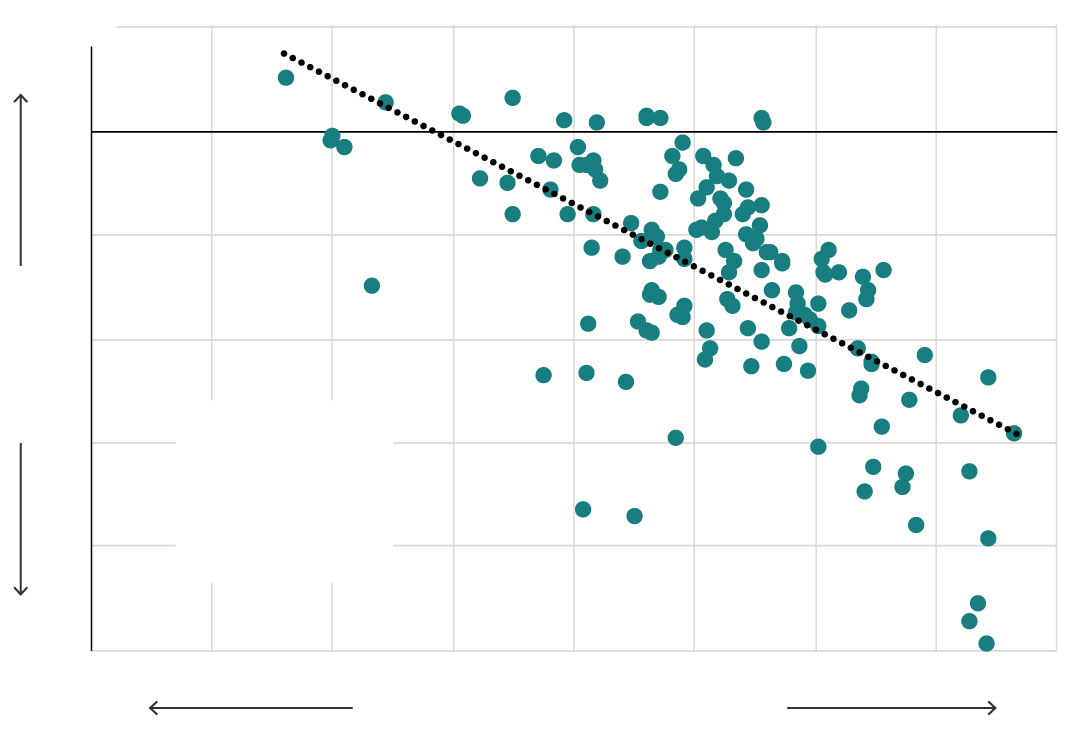 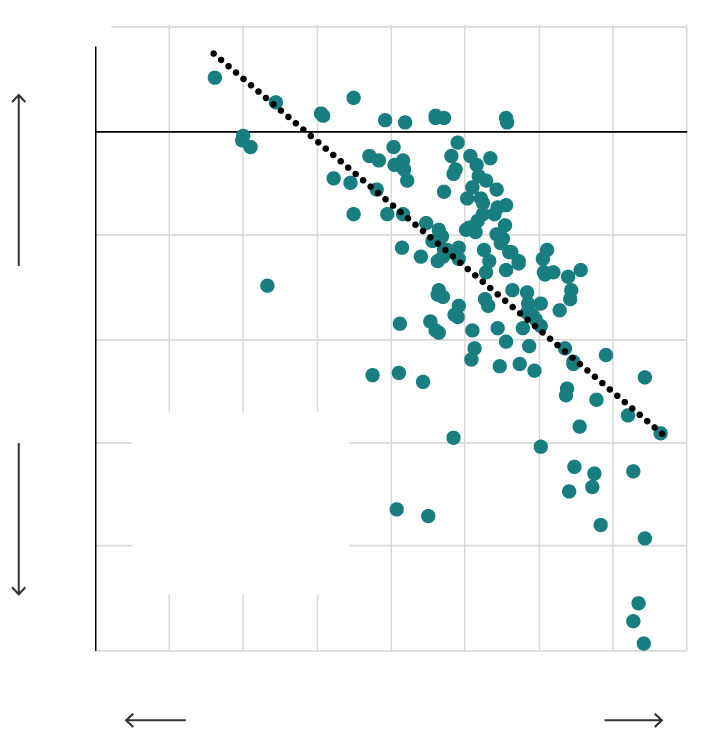 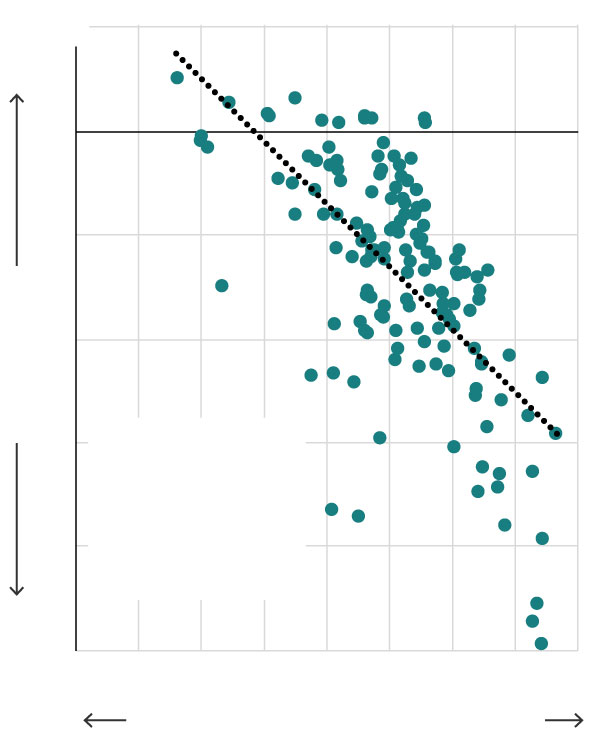 A few themes have weathered the storm better than others. Dividend tech funds and tech funds focused on semiconductors have held up fairly well, serving as a relative safe harbor from the market’s newfound skepticism of high earnings multiples and promises that earnings will arrive sometime in the future. At Fidelity, two of the three funds that were in the green until the Ukraine crisis were in one of those two categories, and the third was a technology-hardware fund focused on

Morningstar says there is a direct correlation between how aggressive a fund is and how much it has been hurt recently. (See chart.) More aggressive funds were more exposed to stocks with extremely high price-to-earnings ratios that investors have grown wary of, says First Trust ETF strategist

Eleven of the 13 tech funds that managed to stay in the green from Halloween through January are in the semiconductor or dividend-seeking categories. A spokeswoman for iShares, whose IGN topped the list, declined to comment for this article.

“Many tech funds are focused on areas where earnings are not now where they are going to be,” Mr. Issakainen says. “Funds are tools. Some are designed to be more volatile than others.”

fund (TDIV) is No. 3 on Morningstar’s list, with a return of 1% for the November-through-February period. The fund’s strategy of seeking out tech companies that pay dividends is conservative for Silicon Valley finance. Its top 10 holdings include

—none of which is a darling of the fast-growth set. Another First Trust fund, a chip-heavy mix of businesses involved in building 5G wireless networks, ranks third in Morningstar’s overall tech category.

On the other hand, a range of stocks that have worked for the past decade have been clobbered, much worse than the tech-heavy Nasdaq Composite average. So, too, have the funds that benefited from stocks’ earlier rise.

Pretty much anything related to bitcoin has taken a beating. Several consumer-focused FAANG stocks (an acronym for

Google) that have led Nasdaq’s gains for the past decade have been, well, defanged, taking fund returns down with them. Netflix and Facebook have fallen more than twice as far as the QQQ fund, with Amazon.com also underperforming. Their woes have hammered funds like

ETF (OGIG), down 30% November through February. Even some cloud-computing funds have come in for a cudgeling, with Global X’s $850 million

Among funds, all sorts of recent darlings show up near the bottom of Morningstar’s list. Financial-tech funds occupy three of the bottom five slots on its roster, including

(PRGTX), which had risen 10-fold in a decade, dropped 32%, hammered by losses in blockchain-linked online retailer Sea Ltd.,

Ark Investment Management are also near the bottom of the Morningstar list. Ms. Wood’s

“I think our biggest concern is that our investors turn what we believe are temporary losses into permanent losses” by selling fund shares, Ms. Wood said in an interview with CNBC. Ms. Wood also said that investors have actually been adding net assets to ARK’s funds since mid-January.

The question is, what to do next?

Many funds, especially ETFs, have little flexibility to shake up their holdings because they are committed to tracking indexes—often very specialized indexes that fund companies themselves had a hand in creating. That means investors have to decide if they want to stick with the funds they have, and wait for rebounds in fintech and the FAANGs, and tech-adjacent innovation plays like electric vehicles, Mr. Khan says.

Regarding actively traded funds that don’t follow an index, investors thinking of pulling out, or buying more, need to know which stocks comprise the portfolio managers’ “high-conviction bets”—the ones that make a fund’s allocation mix, and performance, markedly different from that of an index, says

“It all depends on your appetite for risk,” Mr. Issakainen says. “If you can’t stomach volatility, it’s not a good place to sit.’’

Mr. Mullaney is a writer in Maplewood, N.J. He can be reached at reports@wsj.com.

U.S. Stocks Fall With Focus on the Fed

U.S. Stocks Fall With Focus on the Fed