To say the stock market is beautiful may strike you as a bit of an odd comment. You may have a very different opinion. However, if we look at the market in the context of Fibonacci trading, I think there is beauty to be found. Let’s explore where the Fibonacci sequence is found outside the markets, and how we can translate it to concepts like Fibonacci Trading time and price analysis.

Fibonacci Patterns – Found in both Nature and the Markets

There are certain aspects of aesthetic beauty that most will agree upon, and one of those is symmetry. The human body, as seen in Da Vinci’s Vitruvian Man, maintains symmetry. Symmetry can be found all throughout nature, think of a butterfly or a snowflake. You’ll find bilateral symmetry in a starfish, and radial symmetry in a lime. You’ll find symmetry in architecture… and the list goes on. If you can see these relationships in everyday life, you’ll have no trouble seeing them in the markets. 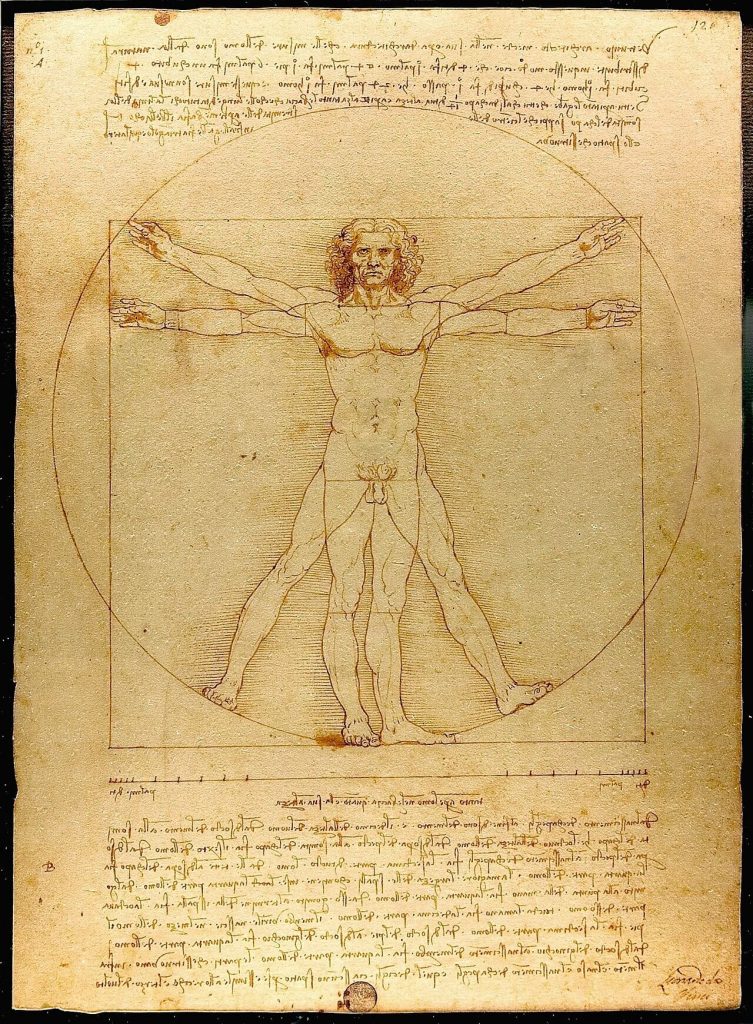 The kind of symmetry I’d like to share with you in these few examples, is symmetry in time. The market, to varying degrees, is a self-replicating mechanism that often repeats in similar cycles. So you’re aware, I’m going to look for these cycles primarily on daily charts, but they can be found on monthly, weekly, and intraday time frames as well. Once you perfect your analysis on larger time frames, it’ll be easier to move into the more nuanced aspects of analyzing.

This way of analyzing the market stands out on a recent chart of QQQ. If we look at the 3 previous corrections (shown below with a blue trendline) we can see that they were all 20 days from peak to trough, from high to low, and represent symmetry in time. Then notice the most recent correction from December 28th to January 24th. This is close, it’s not perfect, but it was a 19 day decline. With this kind of work I’ll usually allow for a day on either side of timing. This way of thinking can be great in finding a moment in time to begin considering a buy during a pullback, or at the very least may give you pause if you feel yourself wanting to initiate a short at what we now know to be an intermediate low. 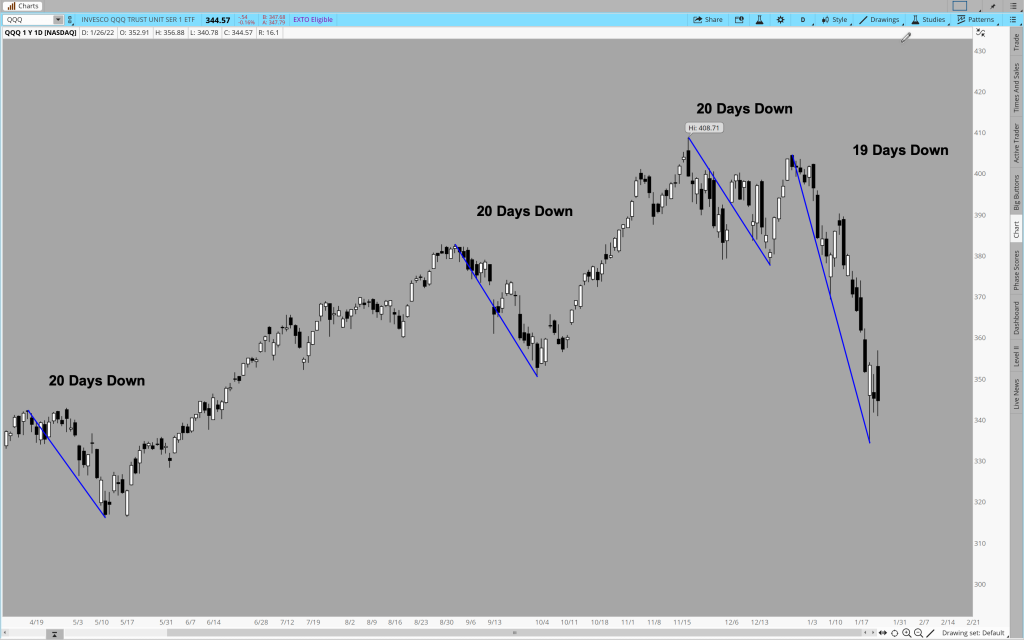 We can also compare this kind of movement of symmetry in price. Let’s look at an example in GOOGL. GOOGL is a fascinating chart to study as it’s gone through a steep recent correction, but when compared with one of it’s past personalities (declines in an otherwise bullish trend) we can see this actually isn’t too far out of character for the tech company.

Notice how the decline from the February high made in 2020 down to the low made later in March was a $521.87 decline. Now compare that to its most recent decline, a move of $529.33. It’s not identical, but it’s similar, and it’s one way of suggesting the bullish trend (a pattern of higher highs and higher lows) is still intact. This gives us an area to consider bullish exposure against as we work to clear resistance decisions on the way up. 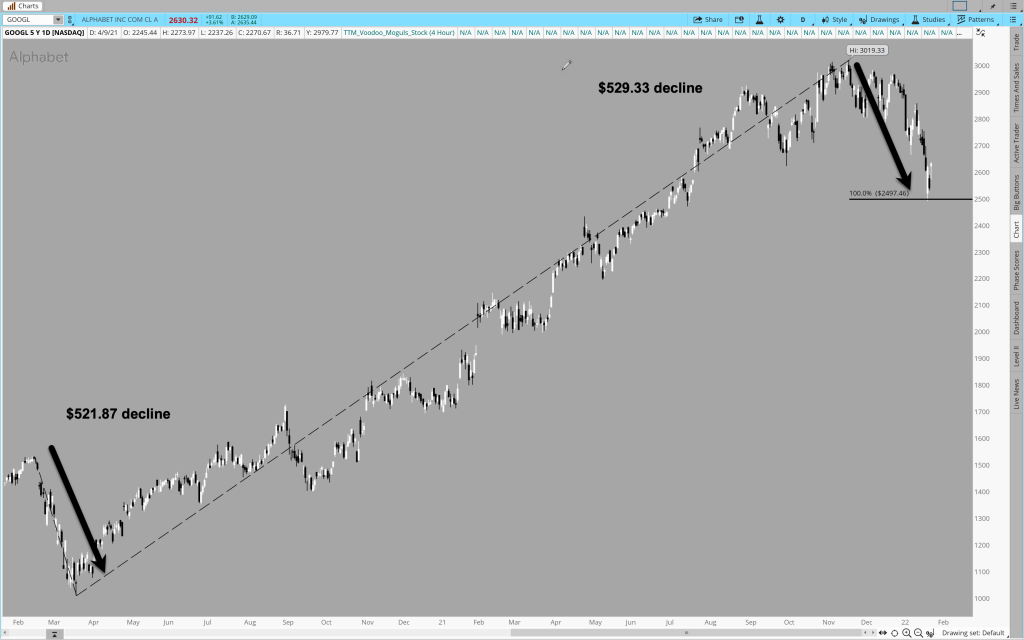 Last, but certainly not least, let’s look at TSLA. This is another example of symmetry in price, and really something to make note of. One, because of its degree of precision, and two, because this level of support is still intact after the company has reported quarterly earnings. Quarterly earnings is  generally a volatile event that has the potential to break technical levels.

For this daily chart of TSLA, notice how from the lifetime high to the low that was made on December 21st was a decline of $357.37. Then the stock had a significant rebound, and proceeded back lower, to replicate almost the exact move, a decline of $356.53. This relationship in price clued us into the idea that Monday’s drop had the potential to make a low, and gave us support to trade from into Wednesday before the company reported.

At the end of the day, symmetry is one of my favorite relationships that can be found in stock charts. It can be found on the time and price axis, and it’s one objective piece of analysis you can incorporate into your trading to give yourself that much more of an edge. It’s the kind of analysis I use in my trading day in and out, and you can find me demonstrating this on any given weekday in one of our trading rooms at Simpler Trading.