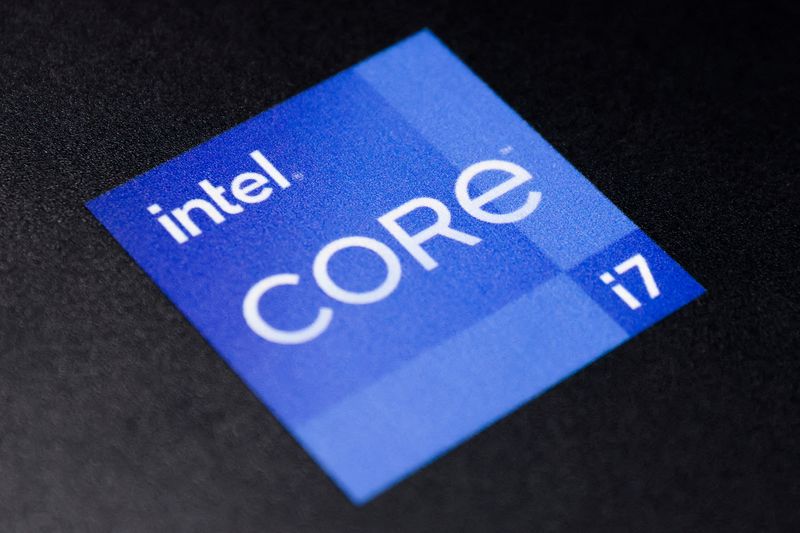 © Reuters. FILE PHOTO: The Intel Corporation logo is seen on a display in a store in Manhattan, New York City, November 24, 2021. REUTERS/Andrew Kelly

WASHINGTON/SAN FRANCISCO (Reuters) -Intel Corp said on Friday it would invest up to $100 billion to build potentially the world’s largest chip-making complex in Ohio, looking to boost capacity as a global shortage of semiconductors affects everything from smartphones to cars.

The move is part of Chief Executive Officer Pat Gelsinger’s strategy to restore Intel (NASDAQ:)’s dominance in chip making and reduce America’s reliance on Asian manufacturing hubs, which have a tight hold on the market.

An initial $20 billion investment – the largest in Ohio’s history – on a 1,000-acre site in New Albany will create 3,000 jobs, Gelsinger said. That could grow to $100 billion with eight total fabrication plants and would be the largest investment on record in Ohio, he told Reuters.

Dubbed the silicon heartland, it could become “the largest semiconductor manufacturing location on the planet,” he said.

While chipmakers are scrambling to boost output, Intel’s plans for new factories will not alleviate the current supply crunch, because such complexes take years to build.

Gelsinger reiterated on Friday he expected the chip shortages to persist into 2023.

To dramatically increase chip production in the United States, the Biden administration aims to persuade Congress to approve $52 billion in subsidy funding.

U.S. House Speaker Nancy Pelosi said on Friday the House of Representatives would soon introduce a bill on competitiveness to help bolster semiconductor investment and supply chains. That would include the $52 billion funding https://www.reuters.com/world/us/pelosi-says-us-house-will-soon-introduce-competitiveness-bill-2022-01-21.

U.S. President Joe Biden touted Intel’s investment on Friday at a White House event with Gelsinger and again made the case for congressional action.

“China is doing everything it can to take over the global market so they can try to out compete the rest of us,” Biden said.

U.S. Commerce Secretary Gina Raimondo said at the event the current semiconductor supply chain is “far too dependent on conditions and countries halfway around the world.”

Gelsinger said without government funding “we’re still going to start the Ohio site. It’s just not going to happen as fast and it’s not going to grow as big as quickly.”

THE CHIP FEAST AND FAMINE

Intel ceded the No. 1 semiconductor vendor spot to Samsung Electronics (OTC:) Co Ltd in 2021, dropping to second with growth of just 0.5%, the lowest rate in the top 25, data from Gartner (NYSE:) showed.

As part of its turnaround plan to become a major manufacturer of chips for outside customers, Intel broke ground on two factories in Arizona in September. The $20 billion plants will bring the total number of Intel factories at its campus in the Phoenix suburb of Chandler to six.

It is not just Intel ramping up investments. Rivals Samsung (KS:) Electronics and Taiwan Semiconductor Manufacturing Co or TSMC also have announced big investment plans in the U.S. And that’s raising questions about a glut in chips going forward.

“We still have years in front of us before we’re even having a semblance of supply demand balance,” said Gelsinger. “Ask yourself what portion of your life is not becoming more digital.”

“Yes, the industry is growing, and maybe the metaverse solves world hunger for the semiconductor industry. But there is a big bubble coming,” said Alan Priestley, an analyst at Gartner.

Construction of the first two factories is expected to begin late in 2022 and production in 2025.

Foreign Business is Falling Out of Love With China